By Travis Tormey posted in Assault and Threat Crimes on Thursday, February 6, 2014 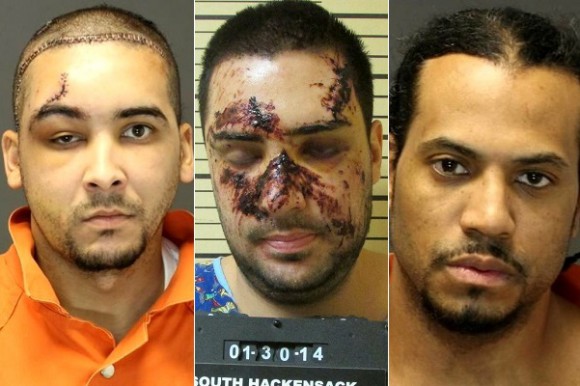 In a follow-up to a recent case involving a brutal altercation that occurred at a bar in South Hackensack, New Jersey, Bergen County Prosecutor John Molinelli just announced charges filed against additional individuals in connection with the incident.

Per reports, six men engaged in a three-on-three fight outside of Twins Lounge go-go bar on South Main Street in Hackensack on Monday, January 27th at approximately 2 a.m. Five of the individuals who participated in the fight were wounded and three suffered critical injuries, as the fight involved weapons including a hammer, a knife, and the use of a vehicle.

After the initial investigation, 19-year-old Harrison resident Ernest Brodie was charged with two counts of attempted murder, the most serious of the charges against the accused. He is currently being held at the Bergen County Jail, with his bail set at $500,000.

In the most recent news pertaining to this incident, 27-year-old Garfield resident Benjamin Venegas, who suffered severe head trauma and was reportedly in critical condition at Hackensack University Medical Center, was released from the hospital last week and subsequently arrested. Venegas is now facing charges for aggravated assault and unlawful possession of a weapon. He posted bail in the amount of $75,000 and was released.

Also, 28-year-old Garfield resident Raphael Carrion Jr., who was struck in the head with a hammer during the incident, was arrested after being released from Hackensack University Medical Center on Friday of last week. Carrion is currently being held at the Bergen County Jail, with his bail set at $150,000 bail and is facing charges for aggravated assault and unlawful possession of a weapon.

Lastly, 37-year-old Belleville resident Anthony Pate, who sustained a stab wound to the torso, was arrested upon his release from St. Joseph’s Hospital and Medical Center in Paterson. He is now facing charges for two counts of aggravated assault and is currently being detained on bail in the amount of $150,000.

Molinelli also announced that the South Hackensack Police Department issued multiple citations to the owners of the establishment as well as to a number of the employees. In total, citations for 14 alleged violations of borough ordinances and ABC laws were issued in relation to these events, in addition to the six individuals who are currently facing criminal charges.