By Travis Tormey posted in Shoplifting on Friday, January 17, 2014 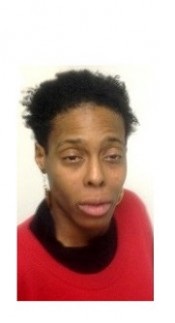 A woman from Paterson is currently facing charges for shoplifting as well as a number of weapons offenses after allegedly stealing merchandise from a Walmart in Saddle Brook, New Jersey.

According to Robert Kugler, the Chief of Police at the Saddle Brook Police Department, employees at the Walmart located on Route 46 in Saddle Brook notified police after two people were stopped by store security for shoplifting on the night of January 16th. The two individuals, one of whom was 42-year-old Paterson resident Shonda Sullivan, were subsequently taken to police headquarters, at which time officers discovered that Sullivan was in possession of a defaced .45-caliber semi-automatic Ruger handgun.

The shoplifting charges against Sullivan are relatively minor compared with those for the weapons offenses. Due to the fact that the merchandise was reportedly worth only $75, the shoplifting violation will likely be classified as a disorderly persons offense. Disorderly persons offenses come with a presumption of non-incarceration if the individual has no prior criminal record. Otherwise, they are punishable by a maximum sentence of 6 months in the county jail.

Unlawful Possession of a Handgun is codified under N.J.S.A. 2C:39-5(b) and can be considered a crime of the second or third degree.

Lastly, Possession of a Firearm for an Unlawful Purpose is codified under N.J.S.A. 2C:39-4(a), and is considered a crime of the second degree. Second degree offenses are punishable by a term of incarceration ranging from 5 to 10 years in New Jersey State Prison. In addition, these types of offenses are subject to sentencing under the Graves Act, which requires an individual convicted of such an offense to be sentenced to a term of imprisonment with a minimum term of parole ineligibility fixed at, or between, one-third to one-half of a sentence imposed, or 3 years, whichever is greater.

Sullivan is currently being held at the Bergen County Jail, with her bail set at $10,000. The man detained with Sullivan at the time of the alleged shoplifting offense, 48-year-old Paterson resident Derek Pitts, was released without bail and is scheduled to appear before a judge regarding the charges for shoplifting.