By Travis Tormey posted in Drug Charges on Tuesday, January 14, 2014 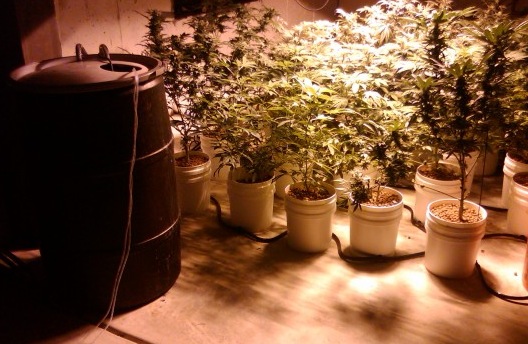 A Rockaway Township man was recently sentenced to a three-year prison term for drugs and guns charges after accepting a plea agreement from the Morris County Prosecutor’s Office.

Police were called to Kent’s residence after his wife, 56-year-old Donna Kent, had an accidental fall which resulted in her tragic death in May 2013. When officers arrived on the scene, they noted the smell of marijuana and subsequently searched the residence. The search resulted in the discovery of a marijuana, drug paraphernalia, and a well-devised marijuana-cultivation system, which included lighting, irrigation, and ventilation.

According to Kent, he grew the drug primarily for his own use as a medical pain remedy. At his sentencing hearing, Superior Court Judge Mary Gibbons Whipple acknowledged the validity of such a claim; however, she could not disregard the fact that this form of self-medication is currently illegal in New Jersey. If at some point in the future it becomes legal to manufacture marijuana for medical necessity or one’s personal use in New Jersey, as it has in a number of other states, the actions of Mr. Kent will no longer constitute criminal offenses.

Kent’s sentence includes one year of parole ineligibility, after which he will become eligible for parole. This sentence would have been significantly more severe had he been convicted of the original charges against him. Under the New Jersey Criminal Code, maintaining or operating a controlled dangerous substance production facility, addressed in N.J.S.A. 2C:35-4, can be classified as a crime of the first degree. First degree offenses are punishable by a term of incarceration ranging from 10 to 20 years in New Jersey State Prison. These offenses are also subject to sentencing under the “Brimage Guidelines,” which eliminates the defense attorney’s opportunity to argue for a downward departure at the time of sentencing.

With this in mind, the plea agreement offered by the Morris County Prosecutor’s Office was rather generous from a legal standpoint and Kent should consider this is an extremely desirable outcome.