Potential Changes on the Horizon for New Jersey Bail System

By Travis Tormey posted in Stages of a Criminal Case on Monday, January 27, 2014 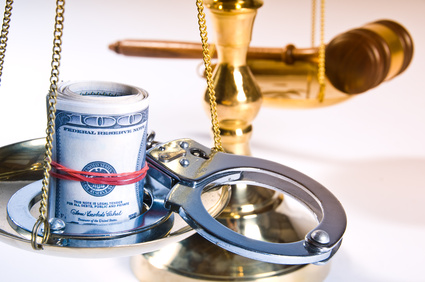 A recent issue being addressed by New Jersey Law makers pertains to the mechanisms surrounding the current bail system in the state’s criminal process.

The system as it exists today revolves primarily around money, with a specific amount set by a judge at a bail hearing for the defendant. In typical criminal cases, the judge generally makes this determination based on a variety of factors, including: the nature and degree of the charges, the existence and extent of the defendant’s prior record, and the defendant’s likelihood and ability to flee if released on bail.

On the other hand, in juvenile cases in New Jersey, bail determinations focus primarily on whether or not the individual charged is likely to commit another offense prior to their trial. This is also the common practice in cases tried in federal court, where defendants are often under supervision through the use of electronic monitoring devices or federal employee oversight, pending their trials.

Governor Chris Christie listed New Jersey’s current bail system among the major issues in need of reform during his “State of the State” address. He supported this call for change with current data from the United States Justice Department, which shows that one-sixth of the defendants who are released before trial are subsequently arrested for another offense, half of these involving felonies.

According to the Essex County Prosecutor’s Office, one of the accused, Hanif Thompson, was charged with burglary as well as resisting arrest and was held at the Essex County Jail until December 11th. Newark Municipal Court Judge Dion Williams originally set his bail at $50,000. However, after his attorney filed a bail reduction motion, Judge Marilyn Williams reduced his bail to $20,000 with the option of paying 10 percent, or $2,000. Thompson was subsequently released after posting said amount.

Authorities have not addressed Thompson’s particular case or the bail hearing in any statements to the public. However, at least one of the other alleged offenders who participated in the crime in Short Hills was also released on bail prior to the incident, according to reports.

The New Jersey State Legislature is likely to propose legislation in the coming term to address the issues surrounding the money-based bail system in the state as it stands. This may lead to significant changes in the way that bail determinations are currently made and the requirements imposed upon defendants facing criminal charges.