By Travis Tormey posted in Stages of a Criminal Case on Friday, January 24, 2014 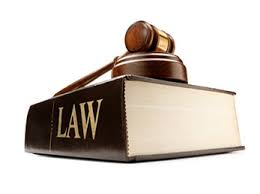 On Tuesday, January 21, 2014, Governor Christie signed several pieces of legislation remaining from the prior 2012-2013, legislative session. Among these was Bill A-3254, which amends N.J.S.A. 2B:12-23.1, a statute governing “Penalties Payable in Installments; Alternative Penalties.”

Typically, when a defendant either fails to pay their court-imposed fine or to make a time-payment, the Municipal Court Judge is permitted to sentence them to County Jail Time. The defendant will be given credit against the amount owed for each day of confinement, which is generally calculated at $50.00 per day served in the County Jail.

The passage of this new amendment serves both the interests of justice and efficiency, allowing the court to levy meaningful punishment without utilizing the contributions of tax payers to fund the institutionalization of time-payment offenders.