By Travis Tormey posted in Drug Charges on Wednesday, January 15, 2014 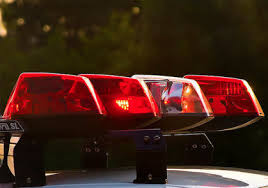 30-year-old Joseph M. McGlinch and 29-year-old Kimberly E. Casciano, both Newton residents, were stopped near Route 46 and Hook Mountain Road in Montville at approximately 11 p.m. on Monday, January 13th after officers in the vicinity witnessed their vehicle making a right turn at a “No Turn on Red” light.

While conducting the stop, the officers reported seeing drug paraphernalia in plain view, according to Montville Police Lieutenant Andrew Caggiano. A subsequent search of the car led to the discovery of 218 wax paper folds of suspected heroin, multiple bags of cocaine, hypodermic needles, and other drug paraphernalia.

Both individuals were subsequently arrested and are being held at the Morris County Correctional Facility, with their bails set at $50,000 each.

With regard to the charges for conspiracy, the two are charged with conspiring to distribute heroin. Issues related to conspiracy are addressed in N.J.S.A. 2C:5-2, which sets forth the following:

In this case, the amount of heroin contained within the vehicle will ultimately determine the degree of the charges for heroin distribution as well as those for conspiracy, which will have immediate implications for the sentences imposed upon the defendants if they are convicted of those offenses.