Jersey City Man Charged with Unlawful Possession of a Weapon

By Travis Tormey posted in Gun Charges on Friday, January 10, 2014 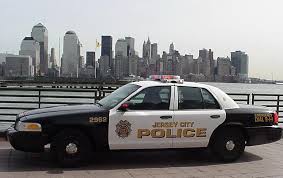 A man is currently facing charges for unlawful possession of a weapon after being arrested in the parking deck of his lavish condominium complex in Jersey City.

According to the Jersey City Police Department, the 51-year-old Jersey City resident was found in possession of a loaded handgun while in his vehicle at 77 Hudson Street in Jersey City on Wednesday, January 8th.

Per reports, the man’s dispute with his brother resulted in his wife’s urgent call to police. Allegedly, the man and his brother, a Jefferson resident, were engaging in an argumentative phone call before the accused exited his residence. His wife subsequently notified the Jersey City Police Department when she noticed that a gun and ammunition was no longer in the couple’s apartment.

After being arrested, the man was evaluated at the Jersey City Medical Center. He is now facing charges for unlawful possession of a weapon, which could subject him to serious penalties, as New Jersey’s gun laws remain some of the most strict in the nation.

Unlawful Possession of a Weapon is codified under N.J.S.A. 2C:39-5, while subsection (b) pertains to handguns specifically. The statute states:

b. Any person who knowingly has in his possession any handgun, including any antique handgun, without first having obtained a permit to carry the same is guilty of a crime of the third degree if the handgun is in the nature of an air gun, spring gun or pistol or other weapon of a similar nature in which the propelling force is a spring, elastic band, carbon dioxide, compressed or other gas or vapor, air or compressed air, or is ignited by compressed air, and ejecting a bullet or missile smaller than three-eighths of an inch in diameter, with sufficient force to injure a person. Otherwise it is a crime of the second degree.

In addition, an Unlawful Possession of a Weapon offense is classified as one of those enumerated under The Graves Act (N.J.S.A. 2C:43-6), which requires enhanced penalties, mandatory imprisonment, and extended periods of parole ineligibility for certain illegal gun offenses. A person convicted of a Graves Act offense must be sentenced to a term of incarceration with a minimum term of parole ineligibility fixed at, or between, one-third and one-half of the sentence imposed, or three years, whichever is greater.