Elmwood Park Man Charged with Providing Alcohol to a Minor

By Travis Tormey posted in Juvenile Crime on Friday, January 24, 2014 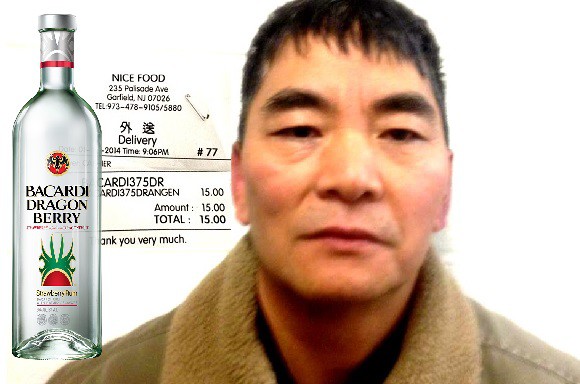 A man from Elmwood Park is facing charges for providing alcohol to a minor after delivering a bottle of alcohol to an underage girl in Saddle Brook, New Jersey.

54-year-old Li Yunchuan, who is currently employed at the Nice Food Chinese restaurant located on Palisades Avenue in Garfield, was arrested by officers from the Saddle Brook Police Department on the night of Wednesday, January 22nd. According to Robert Kugler, the Chief of the Saddle Brook Police Department, police arrested Yunchuan in connection with a delivery that he made to an underage girl on the street outside of her apartment complex on Finnigan Avenue in Saddle Brook.

Per police reports, the girl in question called the restaurant at approximately 9 p.m. to place a takeout order for a 375ML bottle of Bacardi Dragon Berry Rum. Shortly thereafter, Yunchuan delivered the bottle to the girl, accepting cash payment for the sale, without verifying that she was of legal age to purchase alcohol beverages.

Chief Kugler explained that the restaurant is licensed for the sale of alcohol; however, transactions of this kind must occur within the licensed establishment if cash payment is used and orders placed via telephone require payment with a credit card. In addition, the sale of alcoholic beverages to underage individuals is strictly prohibited under New Jersey Law. As a result, the restaurant has been reported to New Jersey’s Alcoholic Beverage Commission. Saddle Brook Police also notified the Garfield Police Department of the incident, due to the fact that the restaurant is located within their jurisdiction.

In terms of the charges against Yunchuan specifically, providing alcohol to a minor is governed under N.J.S.A. 2C:33-17, and is considered a disorderly persons criminal offense. As such, he could be facing a fine of up to $1,000, a maximum sentence of 6 months to be served in the county jail, and a permanent charge on his criminal record if he is ultimately convicted.

Saddle Brook Police released Yunchuan on his own recognizance after processing and he is set to appear in Saddle Brook Municipal Court to face the charges.