By Travis Tormey posted in Assault and Threat Crimes on Wednesday, January 8, 2014 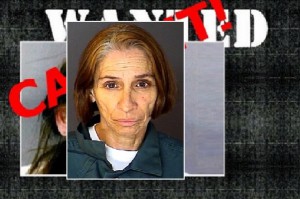 The attorney representing an Englewood woman who is facing assault charges for allegedly beating her mother-in-law requested a hearing to present a motion for a reduction in his client’s bail in Bergen County Superior Court on Monday, January 6th.

The case involves 54-year-old Englewood resident Mary Tene and her husband, 45-year-old Jimmy Miller, who were both indicted in connection with the beating of Miller’s 82-year-old mother on September 11th.

Tene was charged with assault for allegedly seriously injuring her mother-in-law, after the woman attempted to persuade Tene to stop using drugs. Miller was initially charged with a less serious offense, but his charges were upgraded by a grand jury to assault as well, following the inclusion of additional evidence in relation to the case. Miller was released after posting bail in the amount of $50,000.

According to the Englewood Police Department, the assault of the elderly woman left her with a concussion and without multiple teeth. Following the incident, Tene fled the state and attempted to conceal her identity. She was apprehended three weeks later in the Bronx and taken to the Bergen County Jail, at which time her bail was set at $125,000.

Under New Jersey law, a bail reduction motion can be filed pursuant to Rule 3:26-2(d) and is defined as a motion filed by defense counsel in an attempt to convince the court that the defendant’s bail should be decreased based on the circumstances of the case. Some of the critical factors to be considered by the court in relation to a bail reduction motion include the following:

In this case, Tene has multiple factors working against her, one of which is her prior record, which includes violent crimes committed in New Jersey, New York, Massachusetts, and Florida. Further, her previous attempt to flee the state illustrates an increased likelihood to do so again if she is released on bail. Considering these extenuating circumstances, Tene’s attorney will need to present compelling evidence to support the reduction of her bail in order to have his motion granted.