By Travis Tormey posted in Assault and Threat Crimes on Monday, December 30, 2013 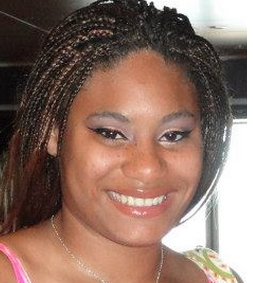 In a recent case in Washington Township, New Jersey, a 17-year-old young man was charged with homicide as well as weapons possession offenses after fatally stabbing his 20-year-old sister.

On December 26th, 17-year-old Travis Gallo stabbed his older sister, Teia Gallo, multiple times with a kitchen knife during a domestic dispute in their residence on Pershing Avenue in Washington Township, according to Bergen County Prosecutor John L. Molinelli. Both Travis and Teia were adopted by the Gallos; they are two of the three adopted children in the family, in addition to the couple’s nine biological children.

Now that the Bergen County Prosecutor’s Office has determined the charges for which Travis Gallo will be tried, they have a 30-day period in which to formulate a recommendation as to whether or not Gallo should be charged as an adult or as a juvenile.

This determination will have serious implications for Gallo’s sentencing if he is convicted of the charges against him because juvenile and adult cases are subject to very different standards in criminal court. Whereas the adult standard is predicated upon the ideas of punishment and deterrence, judges in juvenile court are more likely to focus on rehabilitation, conforming to a standard of what is in the “best interests of the child.”

With offenses as serious as murder, prosecutors may decide to waive the juvenile charges to adult court, at which time the judge will make a determination as to the validity of this request. If the case is, in fact, to be tried in adult court, the juvenile is held to the standards of an adult defendant. As such, he or she will face far more serious penalties, including a lengthy term of incarceration in an adult prison.

At a waiver hearing to determine whether a juvenile should be waived up to adult criminal court, the judge will consider the following:

In this case thus far, Travis Gallo pleaded not guilty to all of the charges against him in a court appearance on December 27th. It remains to be seen what the Bergen County Prosecutor’s Office will recommend as to where his case should be tried and ultimately, whether the judge agrees with their determination.

For more information pertaining to this case, access the following article: Authorities mulling whether to charge Washington Township boy accused of killing sister as adult