By Travis Tormey posted in Assault and Threat Crimes on Friday, December 20, 2013 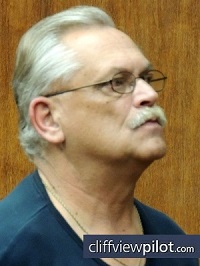 In an ongoing case in Bergen County Superior Court, a man from Lodi and his niece are facing charges for elder abuse and attempted aggravated assault, after the man’s mother was found by Lodi paramedics in deplorable condition after lying on the floor for 15 hours.

The defendants, Paul Wanco, a Lodi Fire Marshal, and his niece, Jennifer Wanco, allegedly left Wanco’s 89-year-old mother lying on the floor surrounded by urine and feces, following a fall. She was saved on March 5, 2013 at approximately 3:02 p.m after 15 hours, when Jennifer Wanco finally called an ambulance. The elderly woman received treatment for bruises, a fungal rash, a urinary tract infection, and dehydration. She subsequently returned home with Paul and Jennifer but was later sent to a rehabilitation facility.

Both defendants are seeking entrance into a Pre-Trial Intervention Program (PTI); however, only Jennifer has received permission from Superior Court Judge Edward A. Jerejian, with the support of the Bergen County Prosecutor’s Office. PTI is a period of probation during which the charges filed against a defendant are suspended. Pending the successful completion of probation and the conditions of the PTI, which can vary on a case-by-case basis, the charges are dismissed and the defendant is left with no criminal record.

Jennifer, who received Pre-Trial Intervention, was reportedly told by her grandmother not to call an ambulance because the woman was concerned about the consequences for her granddaughter. She did, however, ask Jennifer to call Paul, which she did multiple times, requesting help. Paul reportedly ignored her implores, continued working, and went to sleep upon arriving at their home.

As a result, he has been continually denied PTI, an agreement to which Assistant Bergen County Prosecutor Jessica Gomperts is adamantly opposed. Wanco’s defense attorney claims that he was not his mother’s caregiver and thus, should not be held responsible, regardless of the fact that his niece had called to inform him of his mother’s fall and had requested his assistance. Gomperts refutes this claim, citing the fact that both Paul and his mother acknowledged his role as her caregiver to Adult Protective Services. Further, Paul Wanco had power of attorney for his mother, control of her finances, and was the caretaker of her house.

Paul Wanco has multiple options in the face of these circumstances. He can request the dismissal of the charges in lieu of entering PTI or can ask that Judge Jerejian make a final ruling regarding his PTI status. On January 14th, the judge will decide Paul Wanco’s fate, either dismissing the charges against him, allowing him to enter into a PTI program, or rejecting him from PTI and ordering that the case proceed by way of a guilty plea or a trial.