By Travis Tormey posted in Drug Charges on Tuesday, December 24, 2013 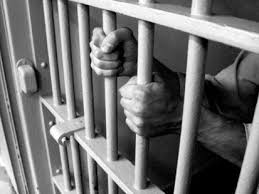 As a follow-up to a recent post about the rise of heroin mills in the suburbs of Bergen County, New Jersey, below is a description of various offenses associated with heroin production and distribution, as well as the penalties for these types of offenses.

Although the potential monetary benefits of participation in the heroin market can be great, the risks associated with these offenses are equally significant. With regard to the suburban heroin mills discussed in an earlier article, there are two charges commonly brought against those involved, including: Manufacturing, Distributing, or Dispensing Heroin and Maintaining or Operating a Controlled Dangerous Substance Production Facility.

Manufacturing, Distributing, or Dispensing Heroin in New Jersey is governed under N.J.S.A. 2C:35-5, which sets forth:

(2) To create, distribute, or possess or have under his control with intent to distribute, a counterfeit controlled dangerous substance.

b. Any person who violates subsection a. with respect to [heroin] in a quantity of five ounces or more including any adulterants or dilutants is guilty of a crime of the first degree (punishable by a term of incarceration between 10 and 20 years in New Jersey State Prison). In addition, a fine of up to $500,000 may be imposed.

Maintaining or Operating a Controlled Dangerous Substance Production Facility in New Jersey, which is codified under N.J.S.A. 2C:35-4, sets forth:

a. Except as authorized by P.L.1970, c.226 (C.24:21-1), any person who knowingly maintains or operates any premises, place or facility used for the manufacture of [heroin] or the analog of any such substance, or any person who knowingly aids, promotes, finances or otherwise participates in the maintenance or operations of such premises, place or facility, is guilty of a crime of the first degree (punishable by a term of incarceration between 10 and 20 years in New Jersey State Prison).

b. The court may also impose a fine not to exceed $750,000.00 or five times the street value of the controlled substances, controlled substance analogs, gamma hydroxybutyrate or flunitrazepam at any time manufactured or stored at such premises, place or facility, whichever is greater.

Both Maintaining or Operating a Controlled Dangerous Substance Production Facility, as well as Manufacturing, Distributing, or Dispensing Heroin, are violations subject to sentencing under the “Brimage Guidelines,” which eliminates the defense attorney’s opportunity to argue for a downward departure at the time of sentencing. Further, the prison terms for each of these offenses warrant a period of parole ineligibility set at, or between, one-third and one-half of the original sentence imposed.

As you can see, crimes associated with the production and distribution of heroin in New Jersey are considered extremely egregious under the New Jersey Criminal Code, subjecting those convicted of such offenses to significant consequences.