By Travis Tormey posted in Homicide on Thursday, September 5, 2013 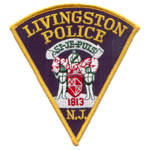 Last month, a Livingston NJ man was indicted by a Morris County grand jury on an attempted murder charge.

In February, 55-year-old Donald Ebert agreed to drive his ex-girlfriend to work. Sometime during the ride, the pair had a verbal altercation. According to the Morris County assistant prosecutor, when the woman tried to leave the vehicle, Mr. Ebert struck her on the head with a pistol.

Mr. Ebert then drove the woman, who was bleeding from the back of her head, to the Morristown Medical Center.

Mr. Ebert was also indicted on charges of aggravated assault with a deadly weapon and weapons possession.

If Mr. Ebert is convicted of attempted murder, he could be sentenced to up to 20 years in state prison. Additionally, because the No Early Release Act (NERA) applies to attempted murder convictions, Mr. Ebert would be required to serve at least 85 percent of his sentence before becoming eligible for parole.

To learn more about this case, read the NorthJersey.com article entitled “Man Indicted for Attempted Murder After Allegedly Hitting Ex-Girlfriend with Gun.“