By Travis Tormey posted in Theft Offenses on Thursday, January 31, 2013 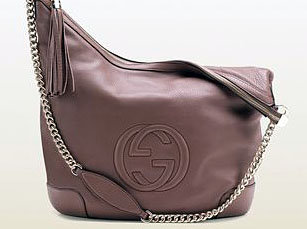 A 33-year-old Elmwood Park woman has been charged with two counts of third degree theft after allegedly stealing a $25,000 Gucci purse and another backpack (valued at $1,450) from the Secaucus store where she was employed. The defendant denies all wrongdoing and the case is headed for trial.

The defendant was offered admission into the Pre-Trial Intervention (PTI) program as long as she paid restitution for the stolen goods. She rejected that offer. PTI would allow her to avoid a criminal record if she successfully completed the probationary period.

For additional information, please see the Joursey Journal article. It appears from the article that the State’s case is weak at best. The only evidence linking the defendant to the stolen goods is that the information relating to the stolen purse was deleted using the defendant’s computer. It is not clear from the article who else has access to the computer, whether it is password protected, etc. However, the purses were never recovered and the State has no hard evidence linking the defendant to the theft. In fact, the State can’t even prove the purse was stolen, as it could have been thrown out or lost. The store wasn’t even aware it had been missing for months. This is known as a circumstantial case and we’ll see how the jury decides.

Remember, the State always has the burden to prove a criminal case beyond a reasonable doubt. It is never the defendant’s responsibility to prove anything. Based on this evidence, it appears the State will have a difficult time meeting that burden in court and getting a guilty verdict after trial.