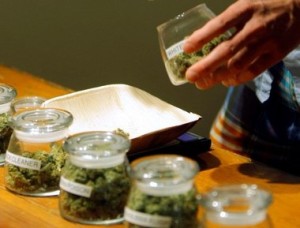 Over the last few years, societal attitudes toward marijuana use have changed significantly. Many states now allow the use of marijuana for medical reasons, while two states — Colorado and Washington — recently allowed recreational use of the drug. Given this state-level trend, it should come as no surprise to learn that some in Congress are working to relax federal marijuana laws as well.

The proposed laws are nowhere close to a full-scale marijuana legalization scheme. However, they do signal a first step toward changing attitudes in a body that has historically been very reluctant to soften its attitudes toward marijuana.

One bill seeks to legalize the production of industrial hemp, a plant that is very similar to marijuana but does not share the same psychoactive properties. Another bill would regulate marijuana in much the same way as alcohol is regulated – states would still get to decide whether to legalize the drug, but federal oversight would be transferred from the Drug Enforcement Administration (DEA) to the Bureau of Alcohol, Tobacco and Firearms. (The agency would be renamed the “Bureau of Alcohol, Tobacco, Marijuana and Firearms.”) If the bill became law, it would still be illegal to transport marijuana from a state in which the drug was legal to a state in which it was not.

Another bill aims to find a way for the federal government to profit off state legalization. It would impose a 50 percent excise tax on each “first sale” of marijuana. Usually, this is the transaction between a grower and a processer or distributor. It would also place annual taxes on marijuana producers, importers, retailers and other pot-centric businesses.

What Are the Penalties for Marijuana Possession in New Jersey?

Even though attitudes toward marijuana are changing, it is important to understand that the possession, sale and cultivation of marijuana are still treated as serious crimes under both New Jersey and federal law.

The penalties under federal law are even stricter. While most marijuana possession cases are prosecuted under state law, federal law imposes a mandatory prison sentence for a second offense for possessing any amount of marijuana. Beyond that, federal prosecutions for the sale or cultivation of marijuana are more likely — depending on the amount at issue, the penalties can range anywhere from five years to life in prison.

Because of the significant penalties attached to marijuana crimes, it is important for people charged with state or federal offenses to seek the help of an experienced criminal defense attorney. The attorney will be able to review all of the facts and evidence in the case to ensure that the accused person’s rights are well protected. If you’ve been charged with possession of marijuana in New Jersey, call Travis J. Tormey today at (201)-330-4979, or use his online contact form to schedule a free consultation.