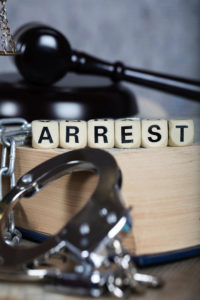 Arrested for shoplifting in Old Bridge, Middlesex County? Contact us now for help.

Recently, we represented a client who was charged with shoplifting in Middlesex County, New Jersey. First, she was charged with an indictable (felony) shoplifting offense. Based on the fact that she had no prior criminal record, Mr. Tormey was able to obtain her admission into the Pre-Trial Intervention (PTI) program. This was crucial in this case because the defendant was not a US citizen and was a green-card holder. As a result, if she had been convicted of a felony shoplifting offense, she would have been deported from the country, as shoplifting is considered a crime of “moral turpitude.” PTI allowed her to remain in the country and, if she successfully completed probation, the charges would be dismissed.

Unfortunately, after about nine (9) months of PTI, the defendant was charged with another shoplifting offense, this time in Old Bridge, New Jersey. The amount was about $450.00, which constitutes a fourth degree indictable (felony level) offense, with up to 18 months in state prison if convicted. Further, if the defendant was convicted in this new shoplifting case, she would be in violation of her PTI program and the earlier charges would return as well. Beyond that, she would certainly be deported from the United States if she was convicted of either of these charges.

The defendant again hired Mr. Tormey to represent her. He was able to have the indictable (felony level) shoplifting offense remanded to the Old Bridge Municipal Court as a disorderly persons offense. Then, Mr. Tormey was able to convince the PTI program, his client’s probation officer, and the prosecutor not to violate her PTI based on this new arrest. Finally, Mr. Tormey negotiated a plea bargain which allowed his client to complete her PTI successfully and avoid any criminal record in Old Bridge.

Miraculously, after two felony shoplifting arrests, Mr. Tormey’s client has no criminal record and is not facing deportation from the United States. Needless to say, she was extremely satisfied with this result and promised never to shoplift again. This case represented a major victory for the Tormey Law Firm.

To speak with one of our talented defense attorneys about your case at no cost, contact our Hackensack offices anytime at (201)-330-4979. Also, check out Mr. Tormey’s informational series on YouTube with strategies for fighting shoplifting charges in New Jersey.